My friend and colleague Sarah just had her deck rebuilt. She is anxious to host a party on it, and she reached out to me for help. She didn’t have a specific style or vision for the space, we were just designing the deck on a budget. (My Specialty)

I told her about the current variety of outdoor pillows at Wal-Mart’s garden center. I know, I know, Wal-Mart. But they really have inexpensive pieces that are very workable. My theory is to save on the area’s you can so that you can splurge on the pieces that will last a lifetime. (much like Sarah’s new fabulous chaise lounges) With that mission in mind we headed out to shop! 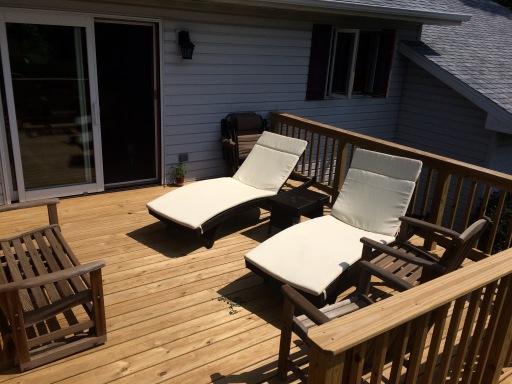 My current obsession is stripes. They are a classic pattern that isn’t too trendy (it won’t go out of style quickly), but will add a POP to any space! Mixing patterns is another go-to method of mine, it’s current and fresh!

I also walked around her garage/house and found some things to repurpose. A bonus to hiring an interior decorator is you get to have fresh eyes on your existing stuff. Shopping from home is sometimes all a room in crisis needs! (Pictured left) An old planter I found in Sarah’s garage. We removed the lantern and dusted it off. Good as new! I loved the basket weave! (Pictured right) Sarah snapped a photo of me leaving the store feeling like Santa! It is rather fitting since her new deck made us feel as excited as children on Christmas morning! 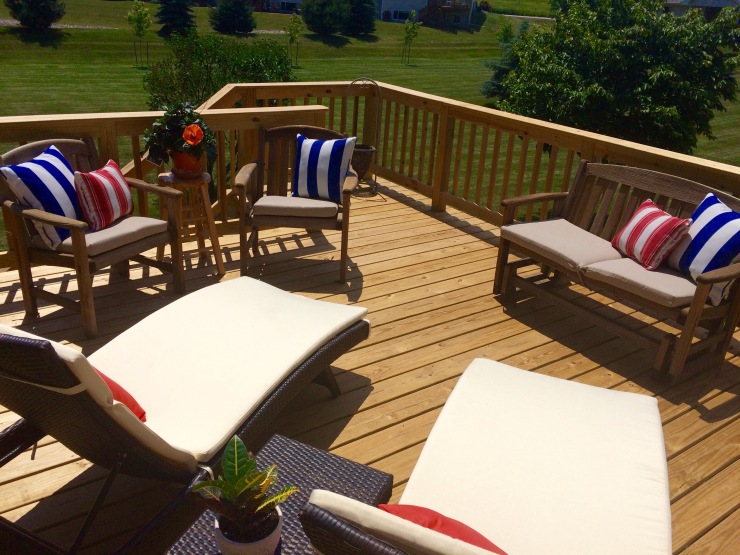 Later that evening I received this photo from Sarah! Relaxing in her new retreat!

I am still on the lookout for a few pieces- A table for between the chairs {I just used a stool in place to give her the idea of what we were going for} and a coordinating plant to go on top after we find said table. I am also looking to hang some patio lights to add a romantic ambiance.